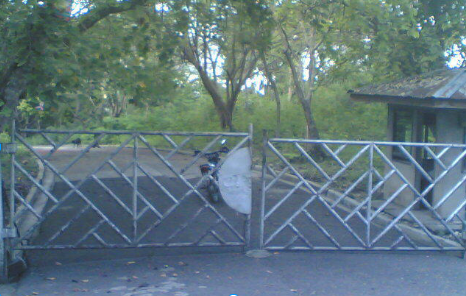 
Casay folks missed one of the Dalaguete's sources of income, the Argao Beach Club. Casaynons believed it was their source of income from selling handicrafts: shell souvenirs, burloloys, etc…. Now, they may ask if Argao Beach Club shall be reopened after it was closed several years ago.

Governor Gwen Garcia said, “the matter is something that has been tested for a long time.”

It was tried by the former tourism secretary Joseph Ace Durano; he was able to bring together Dalaguete and Argao to sign a memorandum of agreement on joint management effort to rehabilitate and to manage Argao Beach Club.

Hon. Garcia added “Now, it continues to decay, it is such a pity when especially now there is really a boom in tourism in the province of Cebu….

Under R.A. 9593 or the Tourism Act of 2009, which reorganized the PTA into TIEZA (Tourism Infrastructure and Enterprise Zone Authority. It is mandated to develop, manage and supervise tourism infrastructure projects nationwide and to provide technical and financial assistance to qualified tourism projects, investors and proponents, both government and private.

So, in my analysis, TIEZA, now, takes charge Argao Beach Club which was later closed and sequestered by the national government. I am still hopeful that the development of Argao Beach Club would not continue to decay….

Although, there’s a pending case filed by the landowners before the court but I still believe Argao Beach Club be revived. This might be a very long process because of the conditional sale agreement executed between Mr. Fonacier, allegedly one of the stock holders of Argao Resort Development Incorporated and the landowners sometime in months of June and November 1980, stating ….”That in the event the Buyer will no longer continue to use the said tourist spot, the Seller will be given the first option to acquire back the ownership of the subject land by means of repurchasing the said property for the same price or amount as stated in the deed of sale; that all the conditions herein above written shall remain to be complied and recognized by the successors-in-interest of the Seller and the Buyer and by all to whom they will transfer or assign their respective rights”. And would you like to know the exact price of the land per square meter? Php .80 centavos per square meter was the price in 1980. What a nice price was it? Do you think there was a fair market value in that transaction?

Well, the court has the great mind in solving the case!

This website is maintained and developed by Mr. George P. Lumayag , a resident of Angas-Casay, Dalaguete, Cebu www.georgelumayag.com